A service is held in Moffat every year in memory of the town's most famous son, Hugh Dowding, who masterminded the RAF's victory in the Battle of Britain.

Air Chief Marshal Dowding was born in Moffat and local residents have honoured him every year since 1972, two years after his death. The highlight of the event held in 2012 was a Spitfire flypast over the town.

The original event was started by local resident Irene Park MBE, who died in 2012 and in that year, the event was organised by Dr Hamish McLeod who, coincidentally, has a replica Spitfire in the garden of his Moffat home.

Born in 1882, Dowding's strategic and tactical skill is credited with allowing the outnumbered British forces to ultimately thwart the German air raids during the 16-week period in 1940 known as the Battle of Britain.

Dowding was the head of Fighter Command in the late 1930s and had been due to retire in June 1939, but was persuaded to stay on due to the international situation which was developing.

Educated at St. Ninian's Boys' Preparatory School in Moffat and later at Winchester College and the Royal Military Academy, Woolwich, he served in the Royal Garrison Artillery in Gibraltar, Ceylon, Hong Kong and India.

After becoming interested in aviation, Dowding gained his Aviator's Certificate in 1913 in a Vickers biplane at the Vickers School of Flying, Brooklands, before attending the Central Flying School where he was awarded his wings. In August 1914, he joined The Royal Flying Corps as a pilot in No. 7 Squadron.

Through the summer and autumn of 1940 in the Battle of Britain, Dowding's Fighter Command resisted the attacks of the Luftwaffe. Beyond the critical importance of the overall system of integrated air defence which he had developed for Fighter Command, his major contribution was to marshal resources behind the scenes (including replacement aircraft and air crew) and to maintain a significant fighter reserve, while leaving his subordinate commanders' hands largely free to run the battle in detail. At no point did Dowding commit more than half his force to the battle zone in Southern England.

Air Chief Marshal Dowding was known for his humility and intense sincerity. Fighter Command pilots came to characterise Dowding as someone who cared for his men and had their best interests at heart.

Because of his brilliant detailed preparation of Britain's air defences for the German assault and his prudent management of his resources during the battle, Dowding is generally given the credit today for Britain's victory in the Battle of Britain.

In his retirement, Dowding became actively interested in spiritualism, both as a writer and speaker. In the 1969 film Battle of Britain, Dowding was played by legendary actor Laurence Olivier.

Lord Dowding died at his home in Tunbridge Wells, Kent, on February 15th,1970, aged 87. He was cremated and at a memorial service at Westminster Abbey, his ashes were laid to rest below the Battle of Britain Memorial Window in the Abbey's Royal Air Force chapel.

Monuments to Lord Dowding can be found in The Strand, London; Station Park in Moffat; and in Calverley Gardens, Tunbridge Wells where he died. There is a bust of him in the War Memorial Cloister at Winchester College.

In addition, The Dowding Centre at the School of Fighter Control, RAF Boulmer is named after him, as are streets in Hornchurch, Essex; Uxbridge, Middlesex; and Tunbridge Wells, Kent. The former Greater London Council also named a block of flats in north London after him and the Southern Railway Battle of Britain Pacific (4-6-2) locomotive 21C152 was named Lord Dowding in honour of the wartime Air Chief Marshal.

Read about the 2006 memorial event. 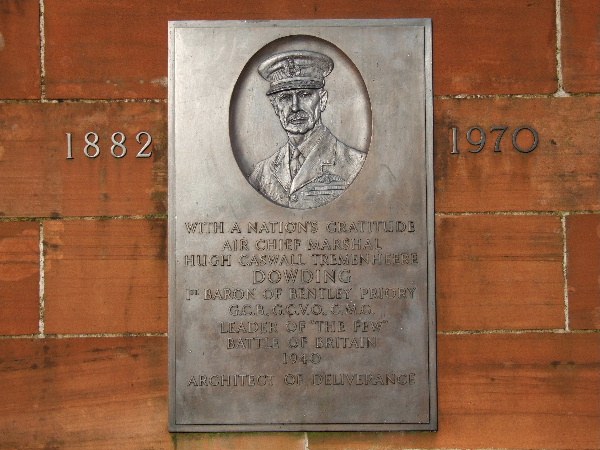 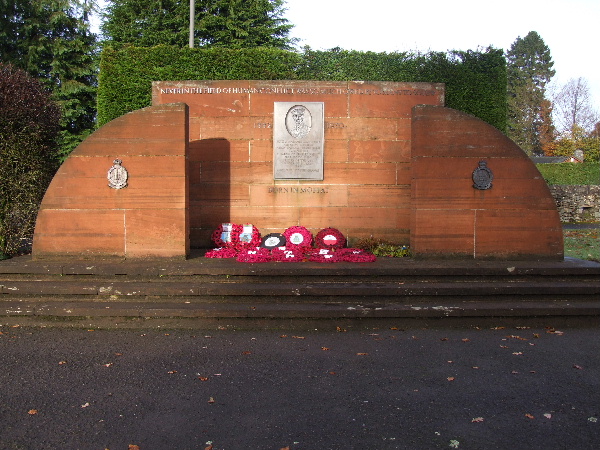 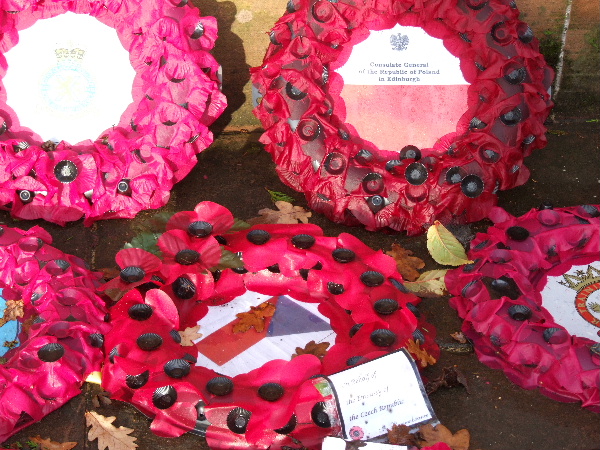 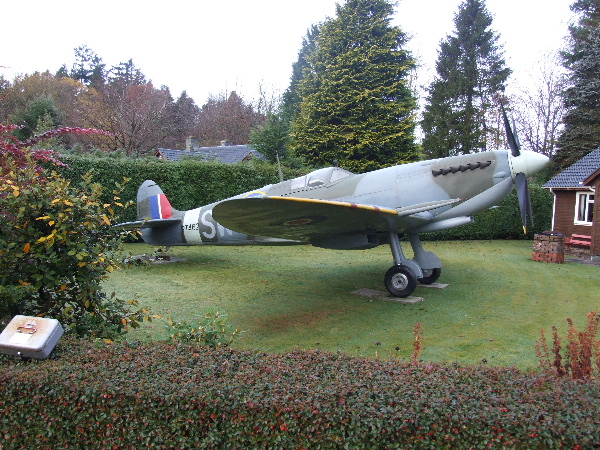 This replica Spitfire is in the garden of retired doctor Dr Hamish McLeod in Moffat, home town of the World War II hero, Air Chief Marshal Hugh Dowding who was a determining force during the Battle of Britain. Dr McLeod organised the Dowding memorial event in 2012.

The 2017 event to commemorate the life of Lord Dowding will be held on September 3rd and will include Bands, a Flypast by a Submarine Spitfire and a Hawker Hurricane of the BBMF (weather permitting) and a short service .

The wreath laying ceremony will be attended by the present Lord and Lady Dowding.