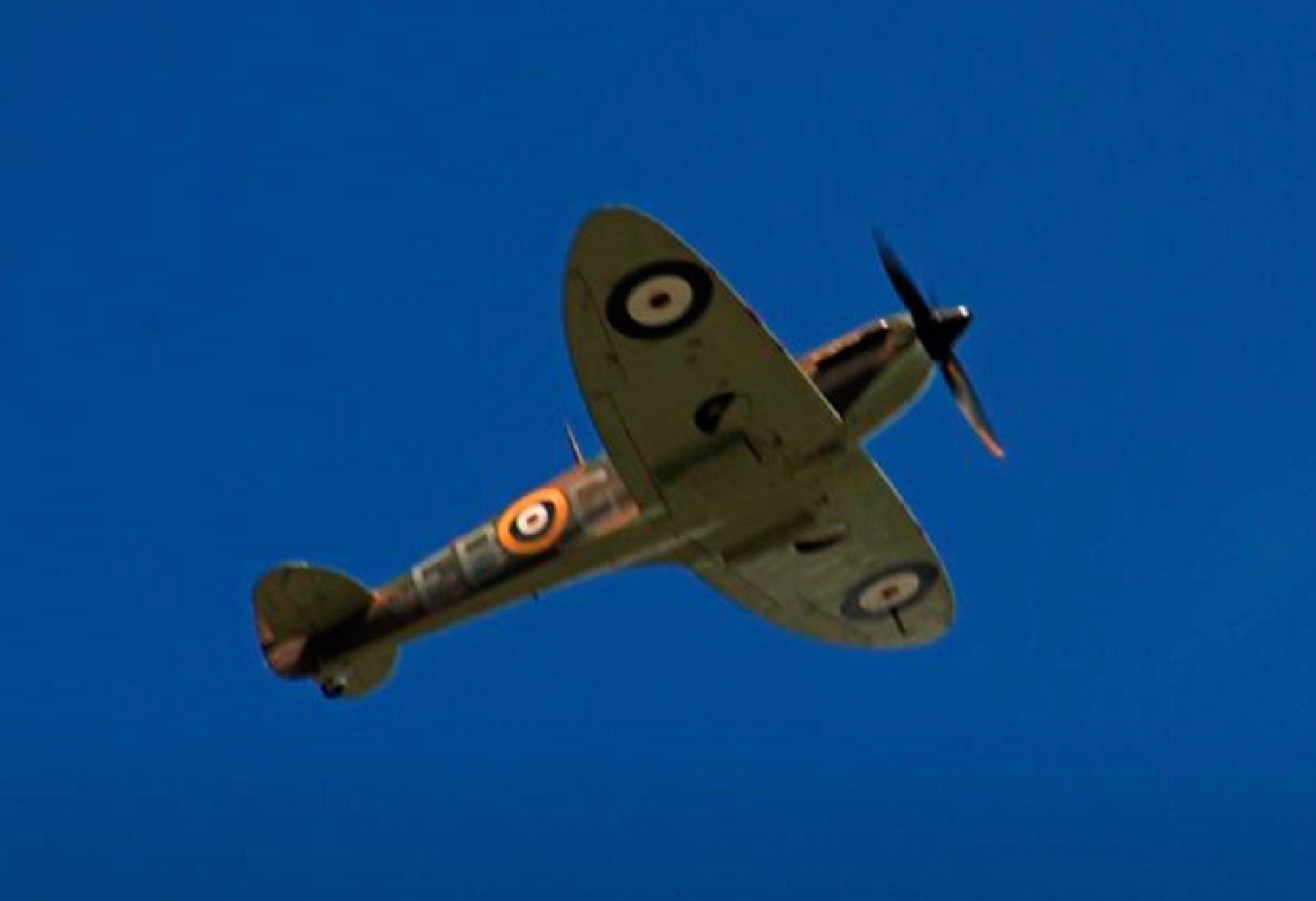 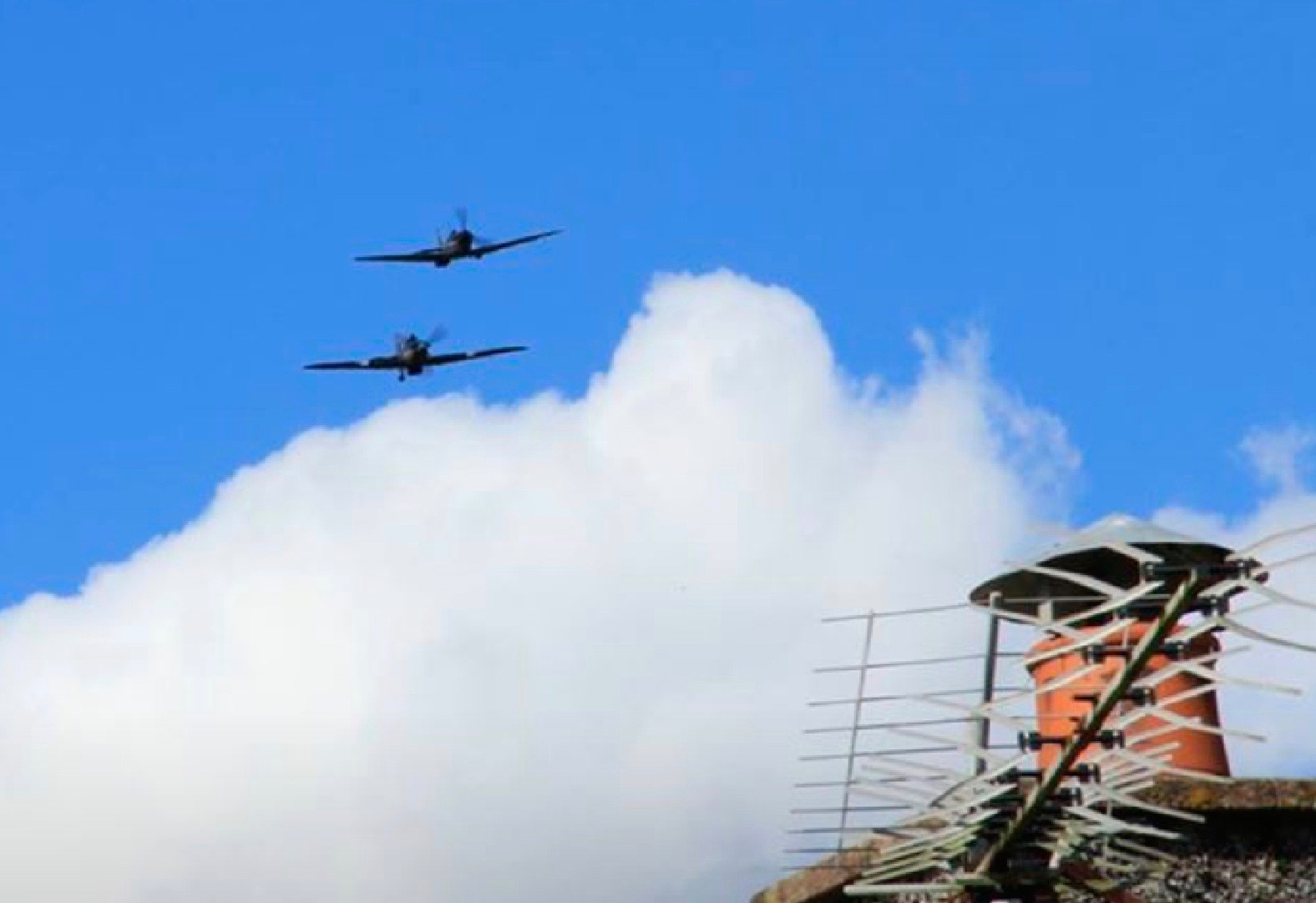 Sunday, September 4th, 2016: The 76th anniversary of the Battle of Britain was commemorated in Station Park, Moffat with a Spitfire flypast.

The annual Lord Hugh Dowding Service which has taken place in the town of his birth every year since 1972, was attended by his grandson, Piers Dowding, who flew from his home in Japan to attend the ceremony.

The Air Chief Marshal was head of Fighter Command during the Battle of Britain.

Highlights From The Battle Of Britain 75th Anniversary Flypast at Duxford below: 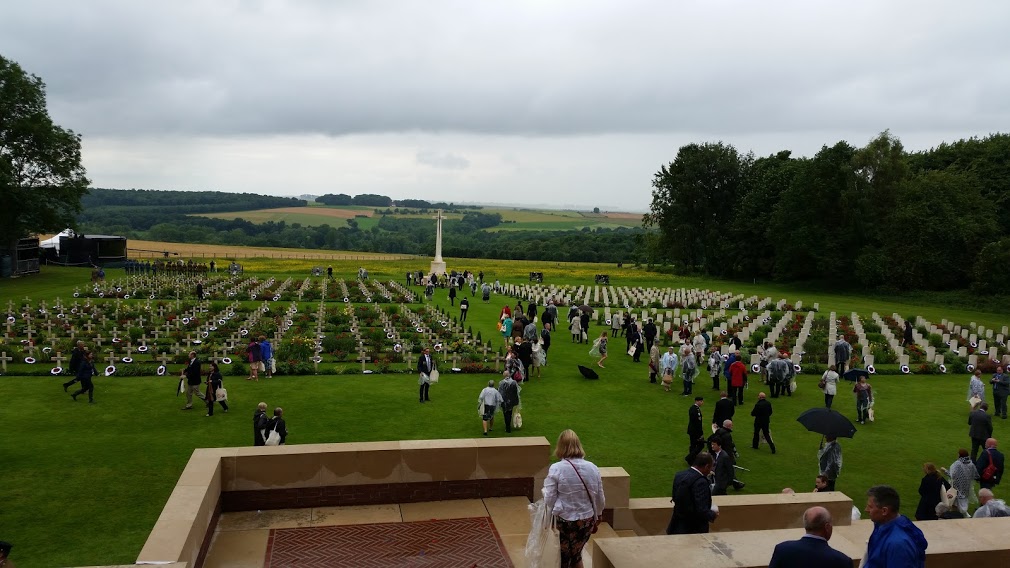 The event to mark the Centenary of the Battle of the Somme was attended by The Prince of Wales and Duchess of Cornwall, the Duke and Duchess of Cambridge and Prince Harry, former Prime Minister, David Cameron, Scottish First Minister Nicola Sturgeon and heads of state, senior politicians, UK and French Choirs, UK and French Military bands and school children from both countries.

The Thiepval Memorial is the largest Commonwealth war memorial in the world and bears the names of more than 72,000 men who died on the Somme and have no known grave. Designed by Sir Edwin Lutyens, it is also commemorates the alliance between the British Empire and France. Beside the memorial is a cemetery with equal numbers of Commonwealth and French graves, brought together from all over the battlefield.

The service reflected the story and sheer scale of the battle and the impact it had on the lives of all communities in the UK and France.

The nearby Thiepval Visitor Centre was built in 2004 and was first discussed at the annual ceremony of Remembrance on 1 July 1998. Sir Frank Sanderson led a small group in the campaign to build this educational centre. The Anglo-French project was brought to fruition with the help of generous donations to meet the British fundraising target of £660,000.

The Visitor Centre has been imaginatively constructed at ground level so that it does not impact as an obtrusive building on the local area around the Thiepval Memorial. 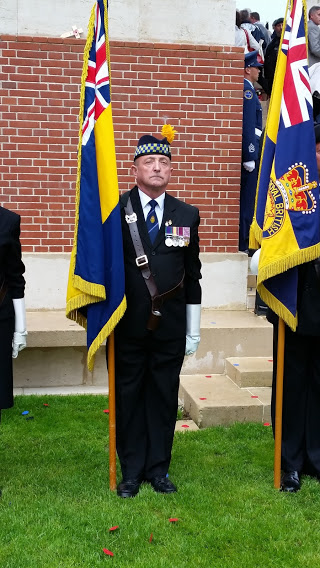 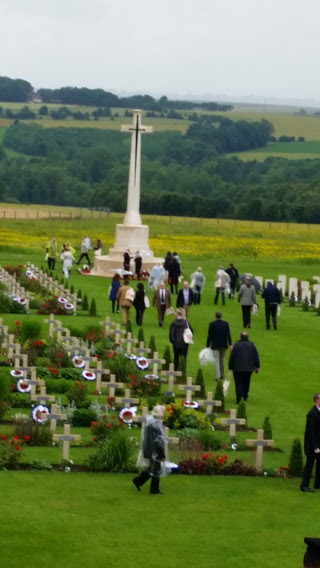 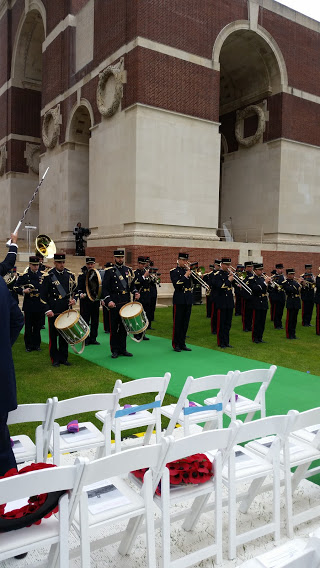 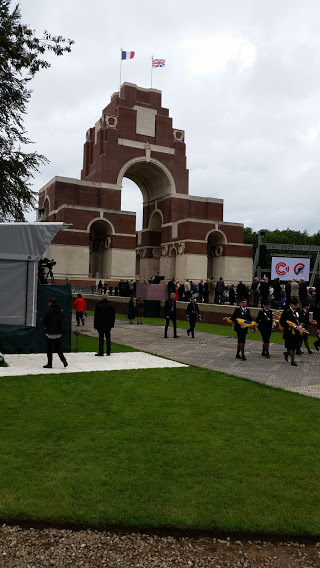 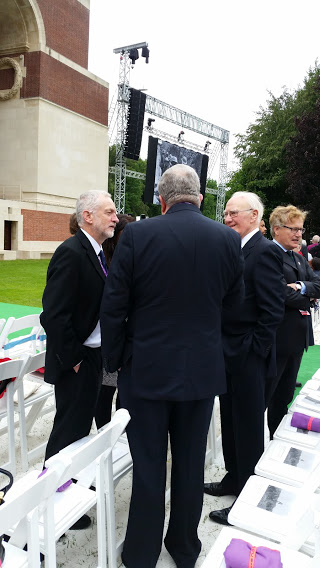 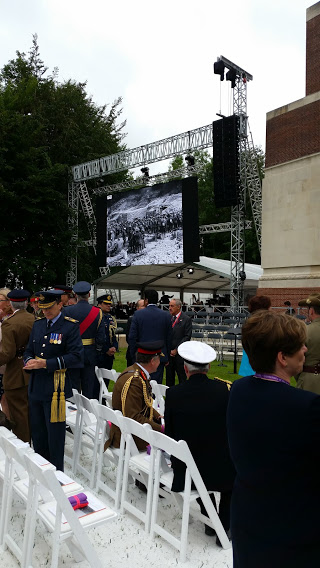 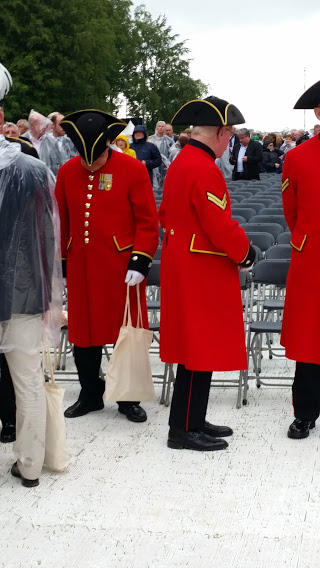 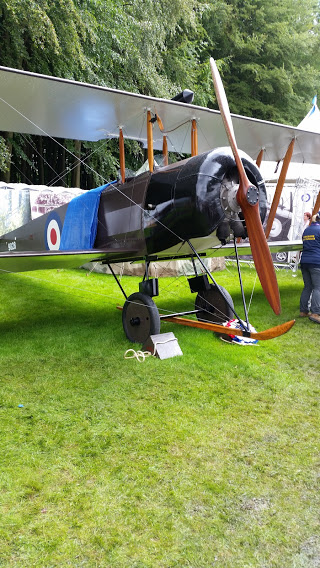 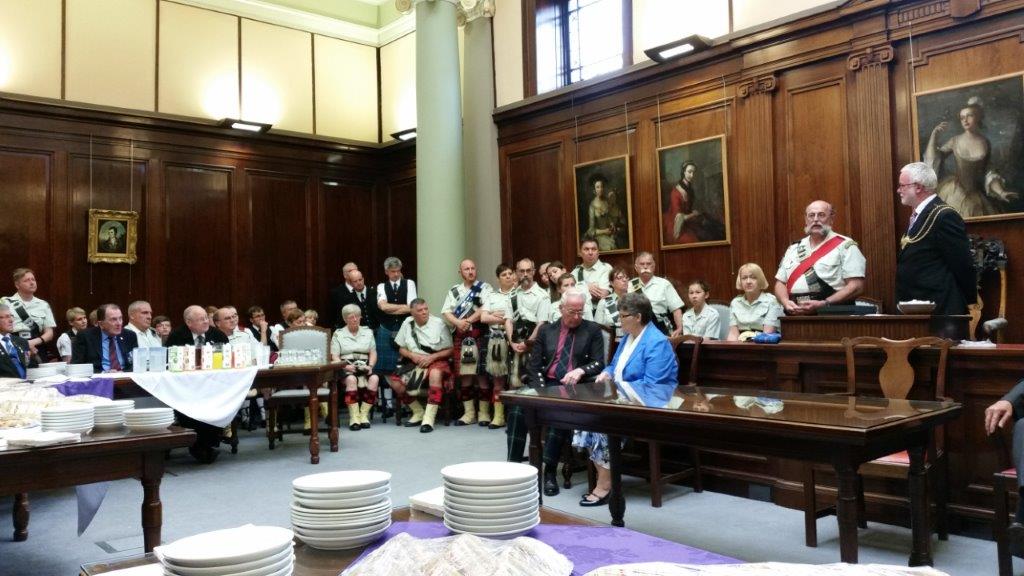 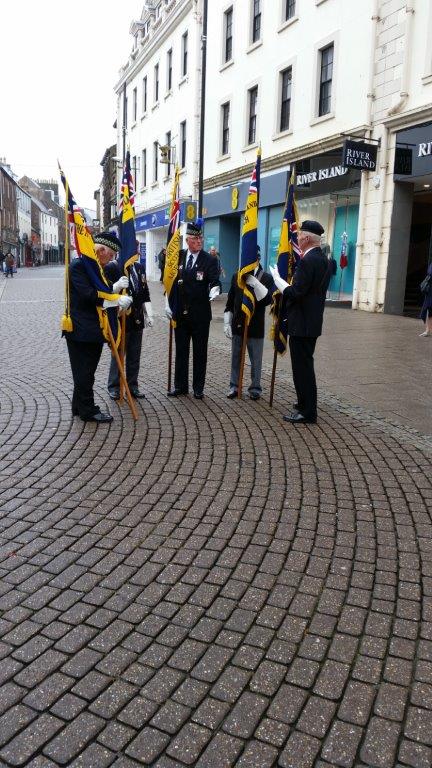 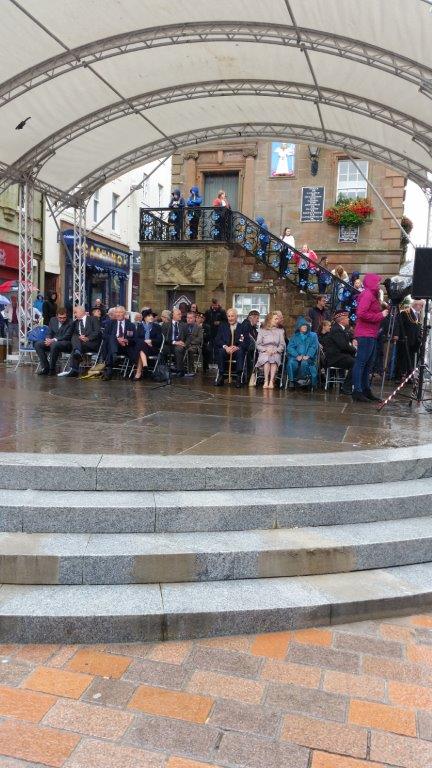 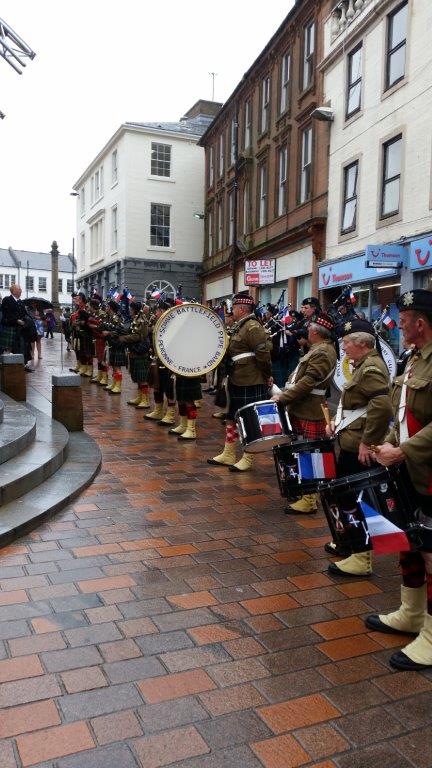 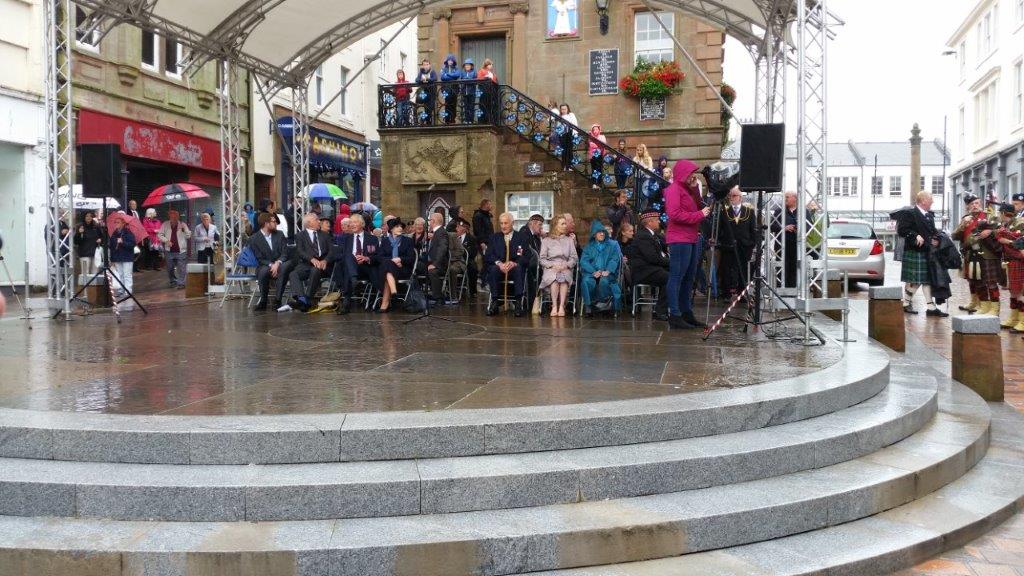 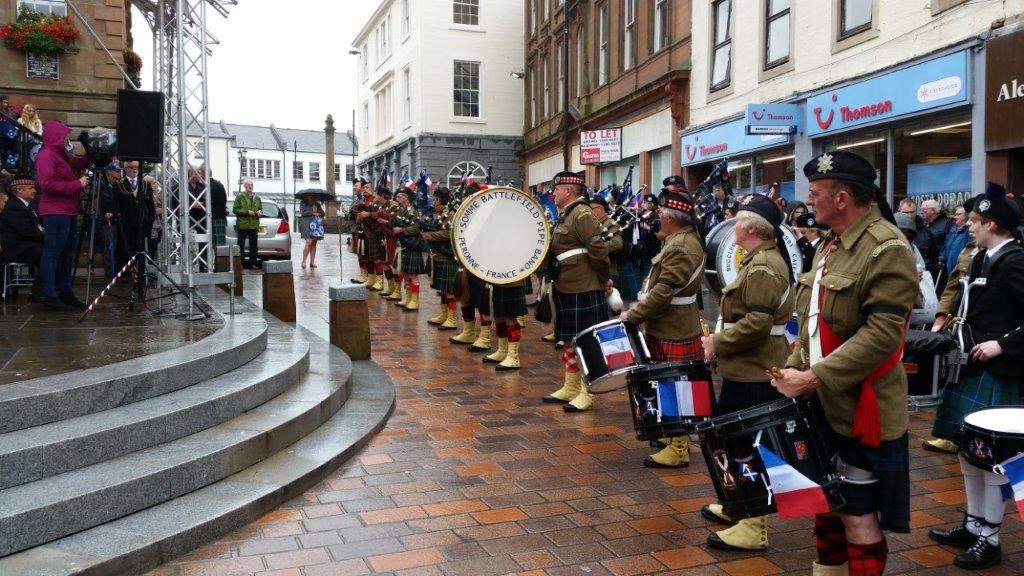 August 23rd, 2016: Welcome to the new official website of the Moffat Branch of the Royal British Legion Scotland which has been launched to replace our previous website. It was felt that the new website should be fully up-to-date and incorporate mobile device compatibility to reflect the growing use of tablets including iPads and smartphones. The website was built by Great-Value-Websites.Com, a Dumfries and Galloway firm.