Martyn was born on 5th October, 1946, in Stratford-upon-Avon and brought up in Coventry. He was educated at the City of Coventry Boys Boarding School (1958-1963) and was House Captain and Head Boy. He continued his education at Binley Park Comprehensive School in Coventry where he was Deputy Head Boy from 1964 to 1965. He was an accomplished sportsman, playing cricket for Worcestershire, competing in the All England Athletic Championships and playing for England Schools versus Wales and Scotland.

He continued his education at the Coventry College of Education and became a PE and Masters teacher. Having taught for a number of years, he became a leisure centre manager as many PE teachers did in the early 1970’s. He applied to join the Royal Navy as an Instructor Officer. He was accepted and went to BRNC in April 1977 and then onto HMS Fearless for training. Having trained, he served on HMS Raleigh, HMS Hermes, HMS Heron, HMS Nelson, Squadron Instructor Officer for D3 going to Armilla Patrol on HMS Glasgow. During the Falklands Crisis, he was appointed to MoD in London due to his specialist skills. He went on an exchange appointment to HMAS Cerberus with the Royal Australian Navy and was their Quality Control Officer.

Returning to the UK, Martyn was appointed SATO at HMS Neptune and was responsible for the training change-over from Polaris to Trident. “Options for Change” meant that he could not be promoted again and his Commission ended in 1993. Since 1979, he had refereed rugby union for the RNRURS and the Combined Services Rugby Union, having officiated the All Blacks in 1984.

On completion of his Commission, he went back to his roots as a PE teacher and became a lecturer in the Glasgow College of Nautical Studies in the sports department. Within three years, he was Head of School and stayed for another three years before taking up an appointment with the Scottish Rugby Union as a Referee Development Officer where he stayed until his retirement in June 2014.

Martyn was part-time Clerk to the Board of Management at the Barony College, Dumfries, for seven years until it was amalgamated with Elmwood College, Oakridge College and the Scottish Agricultural College. This gave him first-hand experience of Governance and dealing with Trustee issues.

He and his family moved to Moffat in 1992 where he has lived ever since. Having re-established his career and his young family having grown up, he joined the Moffat Branch of the Legion in 2001. At that time, the Branch only held one meeting a year, the AGM. Martyn became the Poppy Convenor and Branch Secretary when the Secretary retired in 2003. He and the new Branch Chairman, Billy Duncan BEM, introduced a monthly coffee morning on the last Wednesday of the month from 1030 to 1200 noon. The first month, there were only 12 Legionnaires present. The next month, there were 19 and now, some years later, over 40 members attend and there are guest speakers whenever possible.

Martyn became the NEC Representative for Dumfries and Galloway in December 2013 and then, Area Secretary for Dumfries and Galloway in February 2014. He has recently again been voted as the Area NBT Representative. He was on the working group that revised the RBLS Constitution and Handbook as well as Convenor of the working group looking at the structure of the RBLS.

Martyn’s interests are mainly sports-related, especially rugby, as well as flying, photography, all types of music and travel. He has three daughters and a son plus four grandchildren who also keep him busy.

Tommy Lane was the Poppy Convenor for the Moffat Branch of Legion Scotland for about 10 years. He had to resign at the AGM in January 2017 as he was leaving Moffat to move to Essex to be near his family.

Tommy joined the Moffat Branch in 1999 and has been an active Member of the Branch ever since. He was a Committee Member and on the Committee of the Moffat War Memorial Restoration Fund. He was always deeply involved in all fund-raising activities, but it was the annual Poppy Appeal that Tommy will always be remembered for. He would pitch his shelter outside the Moffat Woollen Mills and not only sell poppies, but also Legion articles such as tablecloths.

Over the years, Tommy has raised thousands of pounds and one year, it was £5,000 plus, a tremendous effort. His efforts and dedication were rewarded when Poppy Scotland awarded him an Honour at the end of 2016. He remains a Member of the Moffat Branch, although he now lives in Essex with his wife Olive, near their children and grandchildren. 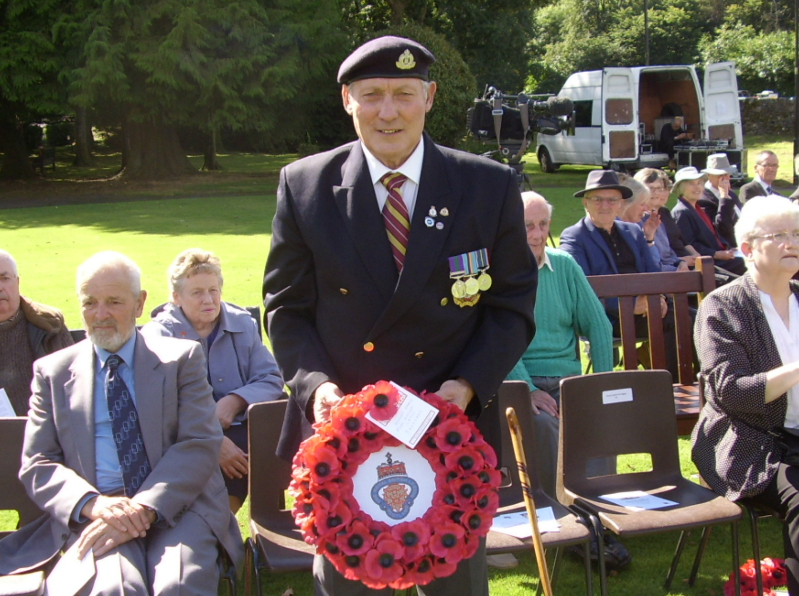 Councillor Archie Dryburgh is Dumfries and Galloway Council’s Armed Forces Champion and has been since 2009.

An ex-Gordon Highlander, Archie is well known across Dumfries and Galloway for helping support Armed Forces events and ex-Service personnel.

He was the first in the UK to have an Armed Forces Housing Policy put in place by a Registered Social Landlord, DGHP and has been active in many projects helping our Armed Forces Community such as the garden project at Carnsalloch Gardens near Kirkton, Dumfries. He also secured the services of a Cognitive Behavioural Therapist Nurse for ½ a day a week for those suffering with mental health issues brought on by serving in the forces.

When he left the Army in 1985, Archie did a 2-year stint with the Territorial Army at Dumfries and went on to become an Adult Instructor, then Officer, with the Army Cadets for 11 years. He is Patron of Annan Detachment of the West Lowland Bn ACF.

As part of his Armed Forces role, Archie also sits on the Regional Reserve Forces and Cadets Association Committee (RFCA). This role is important as it focuses on both Reserves and Cadets.

Archie has visited Moffat branch on a few occasions and will be back. 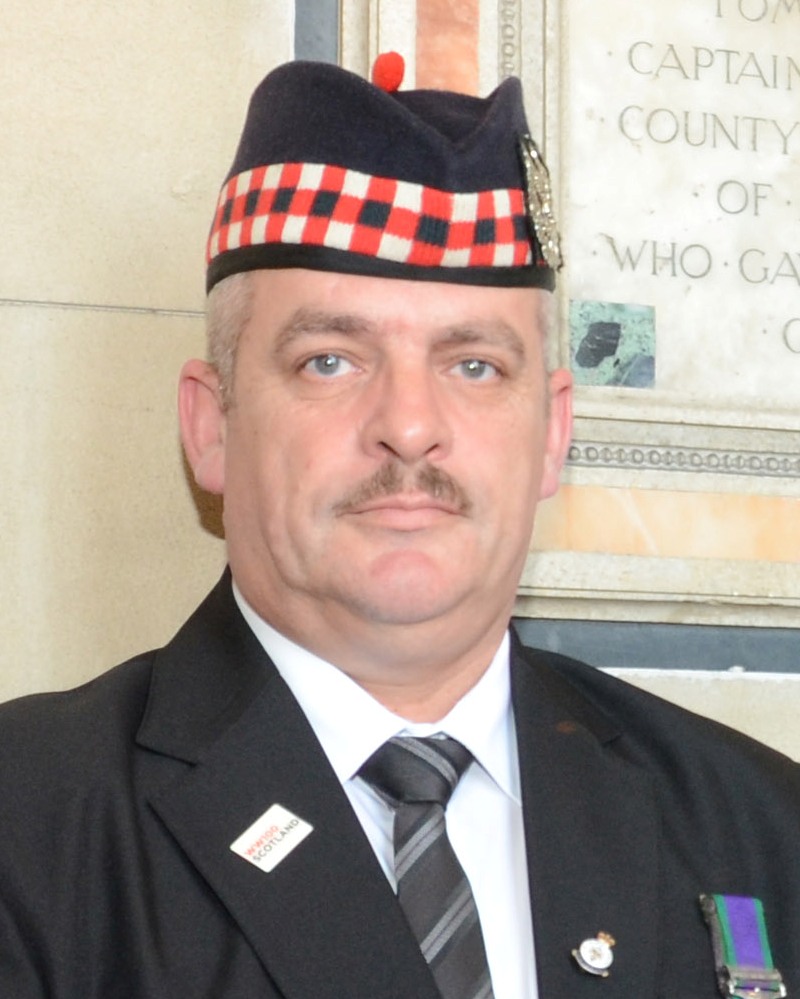